Although Babu might be the unluckiest dog we have rescued (time and time again), this is a happy update.

Babu went for his vet review this week. He’s doing pretty well! He has put on some weight (he now weighs 22kg). He’s probably feeling less pain and getting more comfortable, so he’s been eating well. 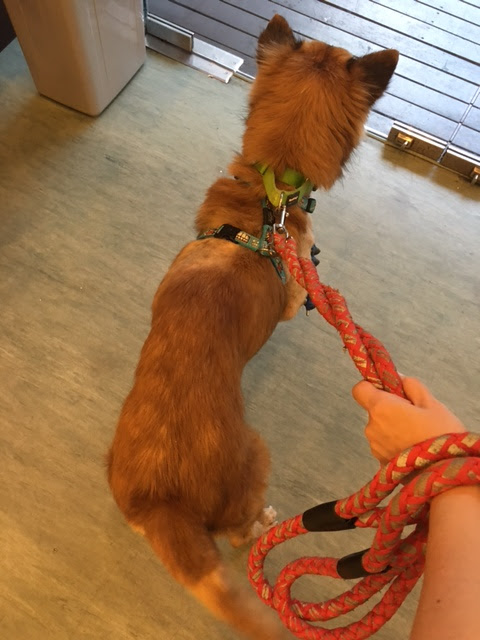 Everything is going as expected in Babu’s recovery. Babu did not seem to feel pain when the vet checked his wounds and pressed on the surgery site. However, the surrounding skin has become inflamed, due to infection caused by dirt and dried pus. The vet prescribed Babu some antibiotics to help fight the infection. The area will need to be cleaned twice a day with diluted saline, and ointment applied around the holes where the fixator is. Hopefully, Babu will fight off the infection soon!

In another 2 weeks, Babu will go back to the vet for the next review. This time, he will be assessed to see if his external fixator can be removed yet. 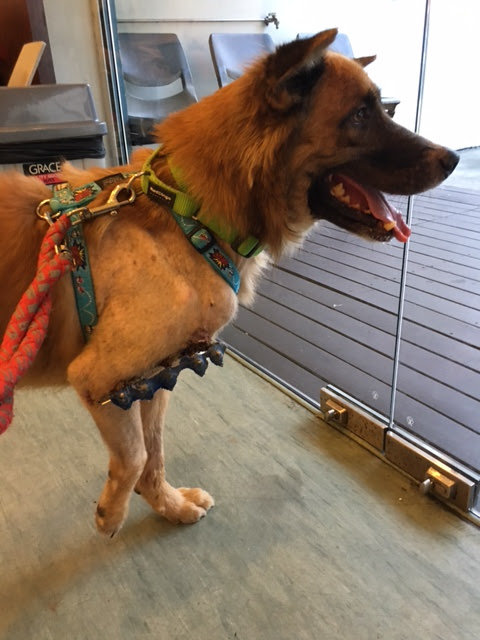 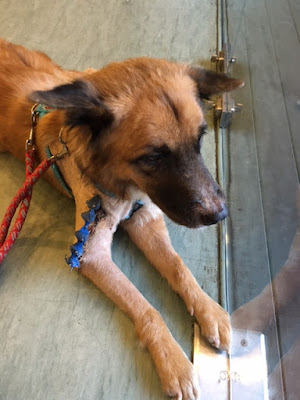 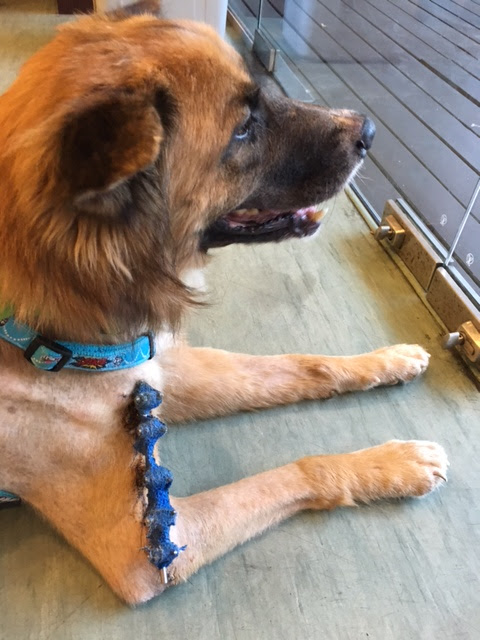 And here’s some good news: Babu will be available for adoption, once he has recovered fully! He is super chill and laid back, absolutely loves the outdoors, and is super human-friendly. This little social butterfly will happily approach and greet every stranger that passes him by, like a public relations officer! He is also a total pro at ignoring cats – they can strut about right in front of him, up and down, and he will remain totally unfazed.

We’re so glad that Babu is recovering well after his second major accident. We would like to say a big THANK YOU to Babu’s foster for being so attentive, for taking such good care of him, and for fattening him up! We’d also like to thank Babu’s previous 2 fosters, who took him in when no one else did.

If you are interested in adopting this feisty fighter, email hopedogrescue@singnet.com.sg!